Are Limiting Beliefs Hurting Your Career?

Are Limiting Beliefs Hurting Your Career?

Everyone has conscious or subconscious ideas that can become limiting beliefs that can stop us from achieving our goals. Sometimes these beliefs are instilled in us in childhood, and sometimes we create them ourselves. 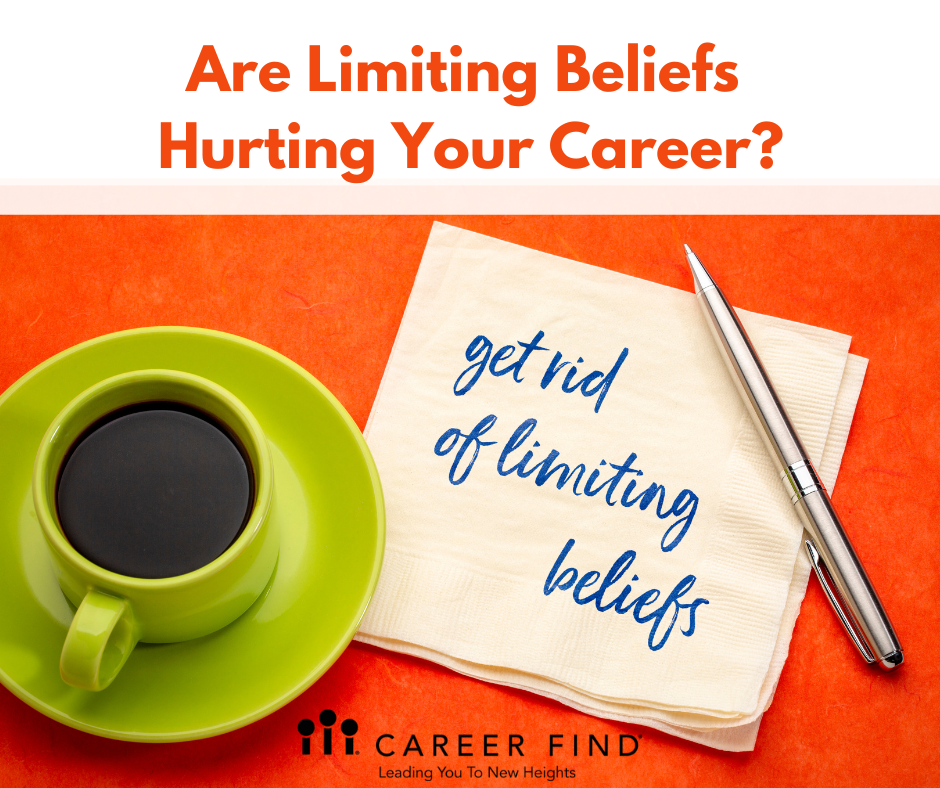 An example of a limiting belief that can get in your way of success is how you see yourself with money.  Your limiting belief that you’re poor and always will be poor becomes a self-fulfilling prophecy. If you believe you will always struggle and be poor, you’ll set yourself up for failure. The same can be said about anything negative in your life that limits you – whether it’s a career, education, or personal belief, such as being healthy and of normal weight. If you see yourself a certain way, it can be hard to change that view and let go of that limiting belief.

Anytime you use the word “never,” it is a clue that you’re focusing on a limiting belief. For example: “I’ll never find a job because you need to know someone to get an interview.”  When you say this to yourself, you tell your subconscious there is no hope.

The idea that nothing you do will make a difference is that you believe any action you take won’t make a difference. “It doesn’t matter if I work out an hour a day, I won’t lose weight anyway.” How do you know? Have you tried to do anything for longer than a couple of weeks?

When most people feel uneducated or helpless, they blame their circumstances instead of working to change them. “I can’t improve my position because I don’t have a certain skill or knowledge” sounds insightful, but the part that’s missing is the feeling of helplessness when all you need to do is take a course or buy, read and practice what is in a book about the topic.

“Everything happens for a reason” thinking can be very limiting and make you feel powerless. Sometimes a limiting belief has to do with the idea that outside forces you can’t control are keeping you down at work. You can’t find a job or get clients because the economy has tanked, where you live is depressed, you don’t have the proper clothing, and so forth, but you do nothing in your power to change it because it’s destiny. You can change the situation.

While there are certainly some instances where genetics play a huge role in a person’s life, the truth is that almost everything genetic can be fixed with the right mindset, training, exercise, and outlook. You’re not stuck with your genetics, but if you think you are, you may not try any of the things to pull yourself out of the rut you’re stuck in.

The truth is the fear of failure is something most people have as a limiting belief. “I’m a bad public speaker, so if I do it, I’ll be judged, and I’ll fail anyway, so why try”  or “I’m not good at taking a test, so if I have to take any type of test to get the job I will fail” is a common refrain. But how can you set that belief in stone if you’ve not tried?

“It doesn’t matter if I do something or not. No one really cares.”   The limiting belief that your work isn’t important and that no one cares if you do it or not is holding you back.   Your work IS important. Hopefully, it is what you were called to do. Your purpose on earth, so you better believe it IS important.

If you ever hear these phrases go through your head, try to disconnect from them. Turn them around to “why not me” instead of “why me.” Always ask, “why not me?”   “How can I be a success?” Because the truth is, you’re not feeling anything different from anyone else who has made goals and achieved them. The difference is in the doing, not the intelligence or talent. So get out there, take action, and move toward your goals.

I Am Here To Help 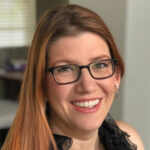 I would love to speak with you to determine if I can help you accomplish your goals. If you need guidance on your career, I am here to help. If you find yourself in a situation where you need career advice or support and want to talk about planning for your future, reach out to me, Rachel Schneider, at Career Find, for a free Intro Call.

Grow Your Career Strategically, and Improve your Career Trajectory.

This website uses cookies to improve your experience while you navigate through the website. Out of these cookies, the cookies that are categorized as necessary are stored on your browser as they are essential for the working of basic functionalities of the website. We also use third-party cookies that help us analyze and understand how you use this website. These cookies will be stored in your browser only with your consent. You also have the option to opt-out of these cookies. But opting out of some of these cookies may have an effect on your browsing experience.
Necessary Always Enabled
Necessary cookies are absolutely essential for the website to function properly. This category only includes cookies that ensures basic functionalities and security features of the website. These cookies do not store any personal information.
Non-necessary
Any cookies that may not be particularly necessary for the website to function and is used specifically to collect user personal data via analytics, ads, other embedded contents are termed as non-necessary cookies. It is mandatory to procure user consent prior to running these cookies on your website.
SAVE & ACCEPT
Go to Top